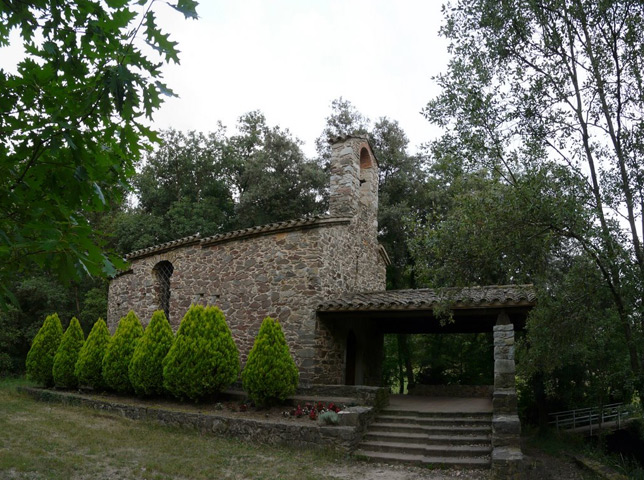 This route begins outside the former Anglès narrow gauge railway station, on what is now the Greenway from Girona to Olot (1). On the other side of the road, at this same departure point, the former Burés factories and industrial colony can be seen. The Sant Pere Sestronques route runs through both the farmland around the Trullars plains and the woodlands in the far north-east of the Les Guilleries massif.